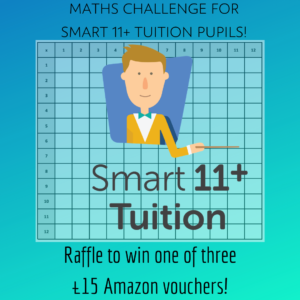 As the Smart 11+ Tuition Maths Challenge has just been announced, we thought it would be good to talk about the reasons why times tables are so important to learn in primary school. Addition and subtraction are the basis for KS1 maths. These skills only get children so far. When children enter KS2, they begin to learn about multiplication.

Why Do Children Need To Know Their Times Tables?

It may seem obvious as an adult who uses multiplication in every day life, from visiting the supermarket to checking a credit card statement. However, it’s important to understand the real reasons why we teach children times tables. It’s definitely not done so they can just pass their multiplication check in Year 4!

There are three key reasons why children need to learn their times tables and why these skills are taught as a foundation to maths in KS2.

Beginning learning multiplication early in KS2 is essential. From Year 4 onwards children should be practising times tables regularly. The KS2 SATs test multiplication so it is important that Year 6 teachers aren’t left with too much to do to prepare pupils!

One of the benefits of learning times tables using a tool like a times tables square is that it helps children work more quickly. This is because in recalling a multiplication sum from memory, rather than working it out on the spot, the child is allowed to work on more challenging tasks.

This is particularly important in the 11+ exam. Children will be required to do maths problems that include elements of reasoning. If they have committed the times tables to memory, their working memory is free to deal with the reasoning part of the problem.

Past the 11+ exam and KS2 SATs, times tables are a real benefit in later life. Whether your child wants to be an engineer, an astronaut, a doctor or a baker, knowing times tables will make their life much easier.

Get started today by completing a times tables square as fast as possible. Maybe even try one yourself if you’re feeling up to the challenge!